The original aim of the ASU Justice, Equity, Diversity, and Inclusion (JEDI) Biocollections Scholars Program was to foster human-nature connections and provide hands-on biocollections experience for undergraduates from groups historically excluded from STEM fields. By these measures, the first year of the program was an immense success.

Four students from across different majors and undergraduate career stages at ASU comprised our first cohort of JEDI Biocollections Scholars. While they all entered the program with a passion for biodiversity, their backgrounds, experiences, and future directions are unique.

Faith Cisneros is pursuing degrees in Biology and Society as well as Politics and the Economy. She has a passion for science communication and science policy and has significant experience with bioinformatics and robotics.

Marcus Reid is a Health Sciences major and Biological Sciences minor. He is a budding botanist and keenly interested in collective impact solutions to socio-ecological problems.

Visit the JEDI Biocollections Summer Scholars Program website to hear more about the scholars in their own words: https://serv.biokic.asu.edu/jedi/

During the course of the program, the scholars and BioKIC community embarked on two overnight fieldtrips to explore the diversity of life and habitats in Arizona. Apache Box, a gap in Cemetery Ridge in the Eagletail Mountains Wilderness west of Phoenix, was the destination for our first trip. Apache Box consists of primarily Sonoran Desert shrub/scrub habitat and includes a large desert dry wash. This trip took place at the end of the first week of the program when the scholars were only just becoming acquainted with one another and the other members of our collections. Upon arrival, they embarked on a botany walkabout during which they collected dozens of unique plant species. At dusk, they set out 100 Sherman traps for collecting small mammals, and after dark they collected many entomological specimens from a black light sheet using aspirators and light traps. Before sunrise, the scholars checked the mammal traps they had set the night before. They had a remarkable trap success rate of over 50% with kangaroo rats, pocket mice, and wood rats represented among the catch. A hike the following day to a small mountain cave led to encounters with desert bighorn sheep and California leaf nose bats. For some of the scholars, this trip to a remote desert site was their first experience with camping. For others, it was their first experience handling any wild organisms at all, let alone collecting them. Sacrificing four small mammals for archival in the ASU Vertebrates Collection was particularly novel and impactful to all of the scholars. Reflection on that act led to productive conversations on the ethics of collecting, the long-lasting research potential of physical specimens, and the role of collections given increasing anthropogenic threats to biodiversity. 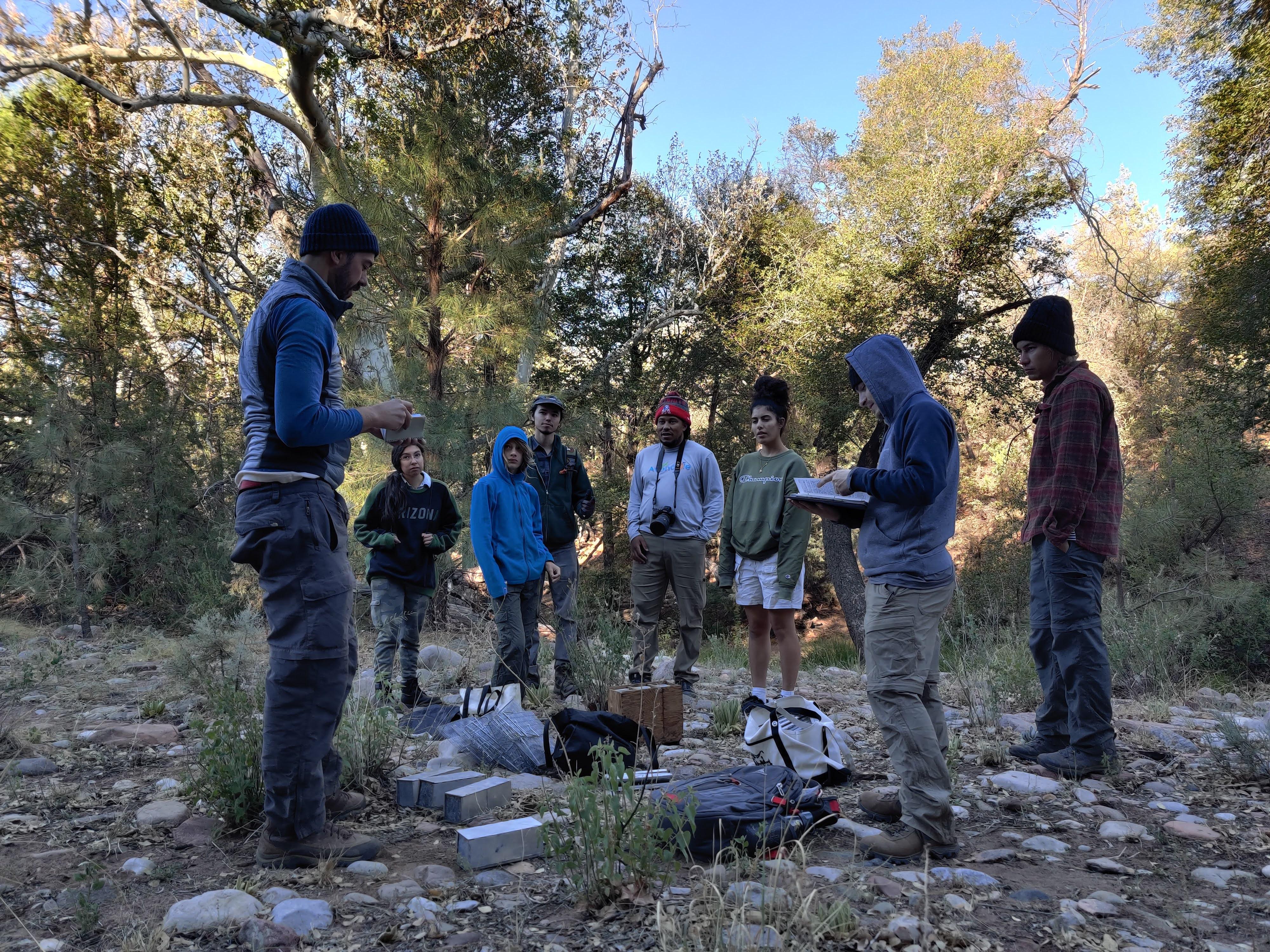 For our second trip, we traveled to Haigler Canyon in Tonto National Forest near Payson. The drive to this site spanned a wide elevational gradient that the scholars noted by several transitions in habitat zones. The surroundings were starkly different from Apache Box with coniferous forest, rather than desert scrub, dominating the campsite. The running water at Haigler Creek sustained a distinct riparian plant community that some of the scholars didn’t know could be found so near to them in Arizona. The scholars again collected plants, insects, and small mammals on this trip but also paid special attention to spiders, scorpions, and lichens, a group to which they had just been exposed for the first time in the biocollections.

Over the course of the program, the scholars participated in four intensive, hands-on biocollections modules: insect collections, herbaria, vertebrate collections, and biodiversity informatics. During each of the first three of these sections, they learned about the local and global diversity of the groups, diverse career paths in the disparate fields, taxonomic identification, specimen preparation, and specimen digitization. Some highlights included the scholar’s first exposures to dichotomous keys during entomology week, learning to use species checklists during botany week, and skinning their own small mammal specimens during vertebrates week. Across all of the collections modules, the scholars were impressed that the digital specimen records they created do not just enter an internal ASU database but contribute to aggregated biodiversity data portals that are open for anyone to explore and analyze. In this way, they will provide invaluable data to researchers and members of the public who may never see or touch their specimens. Through their own exploration of these same biodiversity data portals, they discovered that prior records were so sparse for their study sites that their own specimens will fill important research gaps even for the most common species. 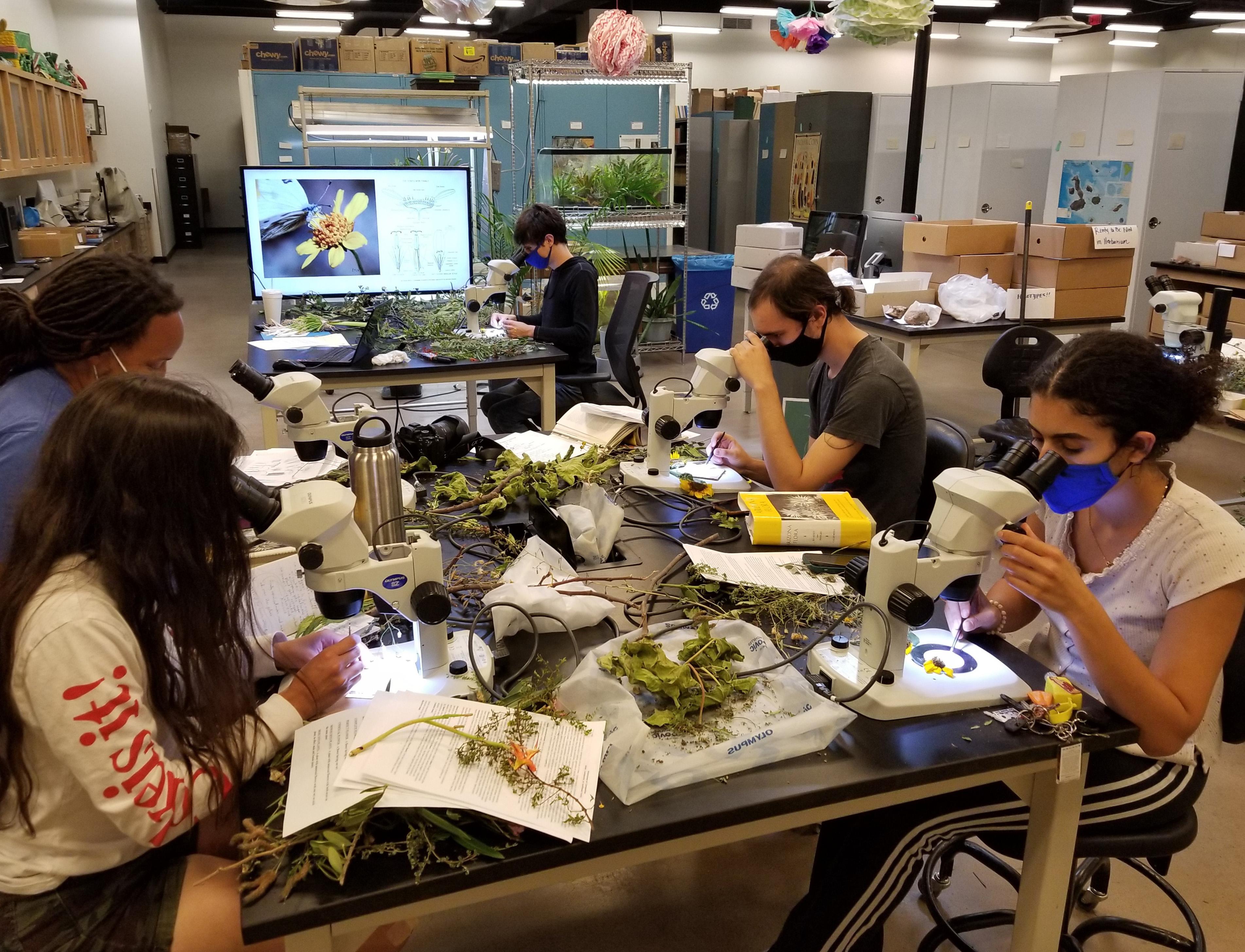 In addition to learning many basic programming and data science skills, the scholars created their own website during their weeklong crash course in biodiversity informatics. This website includes the scholars’ profiles, as well as lists and maps of their digitized entomological, botanical, and vertebrate specimen records­: https://serv.biokic.asu.edu/jedi/. The scholars even led the effort to add Native Lands coverage data to their maps to emphasize that the land from which we collect specimens has a long history of stewardship by Indigenous peoples.

On the last day of the program, the scholars gave the BioKIC community a final presentation during which they reflected on the experience. They emphasized that the JEDI Biocollections program will have a lasting impact on them personally and professionally, regardless of the paths they may follow moving forward.

The future of the JEDI Biocollections program

The scholars are excited to interact with future generations of program participants. Nearly all of the scholars are also currently pursuing additional opportunities to work with the ASU Biocollections as research aides and/or future graduate students and working with specimens and developing future outreach programs.

We are already looking ahead to providing an impactful experience to a new cohort of scholars next year. Any improvements we will make to the program for future years can be credited to the passion of this year’s group of participants. The scholars not only showed dedication to fully immersing themselves into our planned program activities but also a drive to expand the program and its themes in ways that can only increase its success in the years to come. Our collections community learned just as much, if not more, from their experiences and expertise as we learned from them. 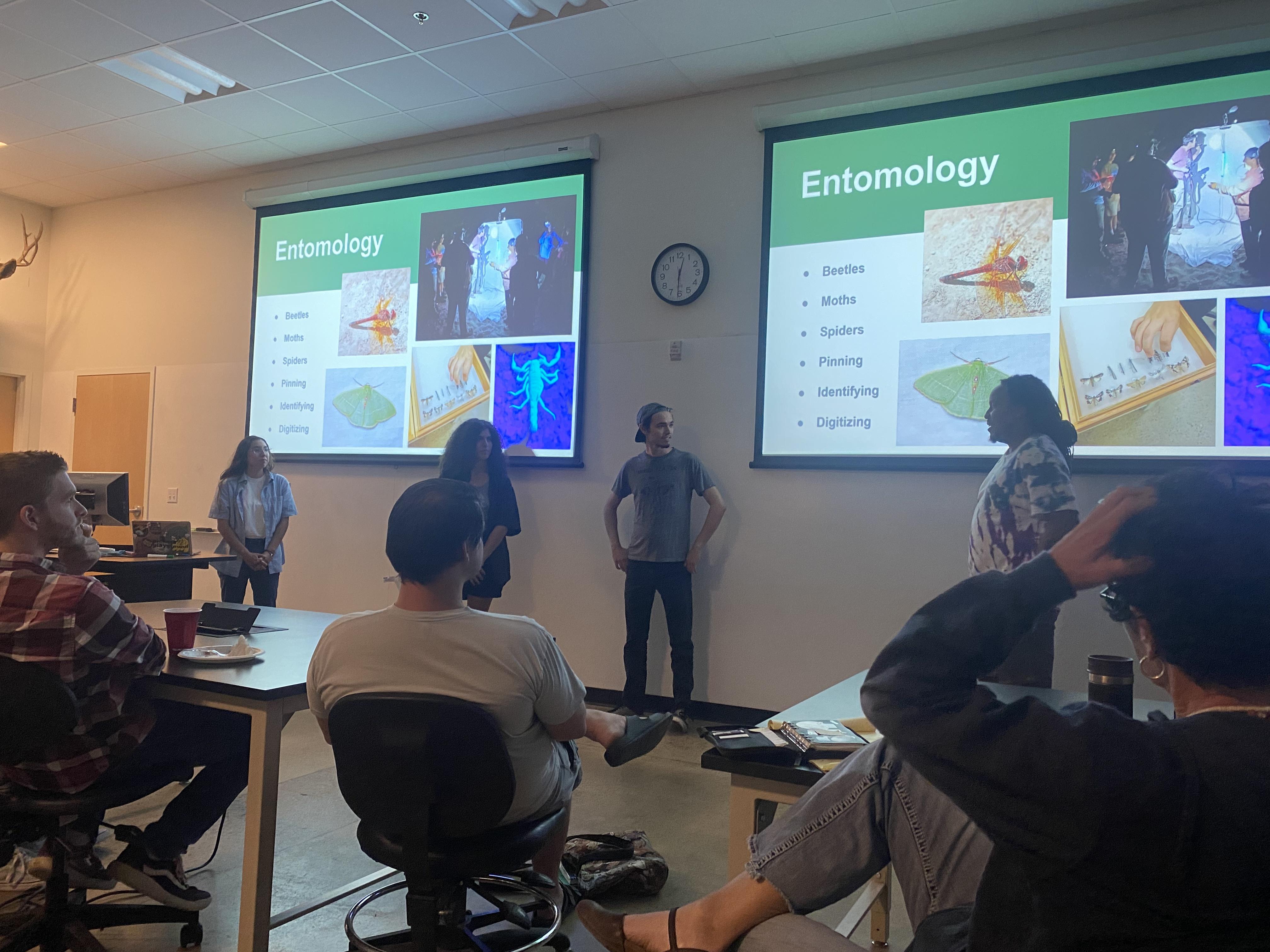 Acknowledging the people behind the program’s success

The success of the program is undoubtedly a product of the support, effort, and passion from several groups of people. All of the members of BioKIC, including students, staff, and faculty, freely shared their time and knowledge with the scholars in the field, the lab, and behind the scenes in ways that exceeded expectations. Dr. Katelyn Cooper and the RISE center designed and implemented a program evaluation that will further inform the future of the JEDI Biocollections program. Finally, BioKIC received critical funding from the Division of Natural Sciences in The College as part of their seed grant program to support JEDI initiatives.