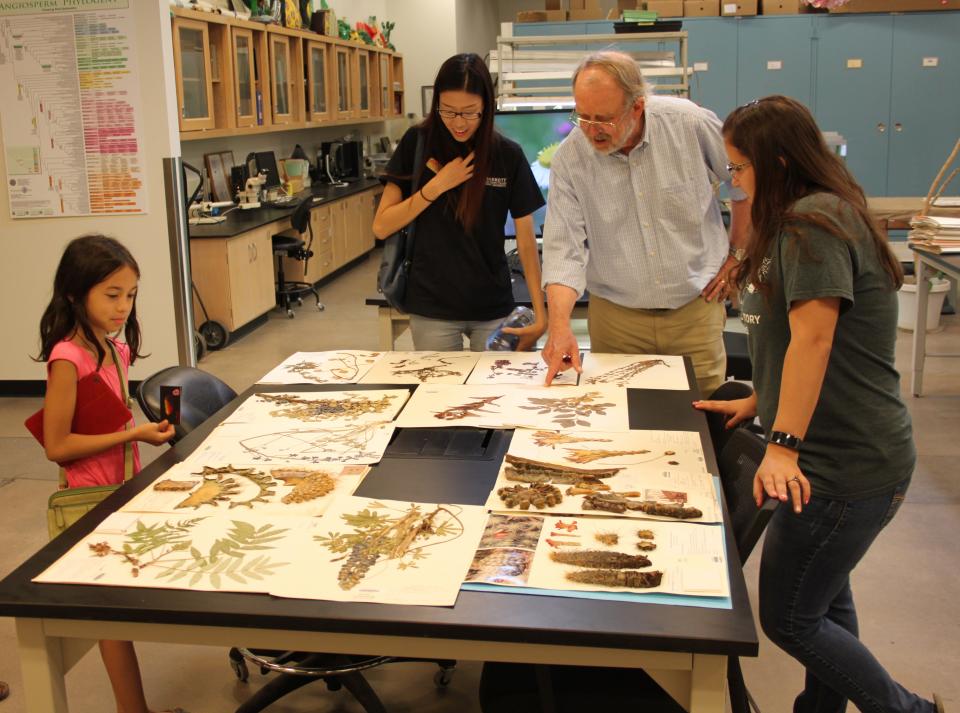 An herbarium is a collection of pressed, dried, and archived plants that are systematically arranged - each specimen a physical record of a plant growing at a particular place and at a particular time. Like most herbaria, we seek to document the geographical and ecological distribution of the regional flora, facilitate research, support teaching, and promote conservation.

Vouchers from floristic studies have resulted in comprehensive collections of many important geographic regions in Arizona.   Public access to our data is available here.

History of the Collection

Many of the earliest ASU plant collections were made by Fred Irish, an Iowa transplant hired as the first science teacher at what was then Tempe Normal School. Irish collections (~1900) represent some of the most historically important vouchers of the Salt River Valley and give us insight into the profound environmental changes that have occurred since then.  The ASU Herbarium also has a number of historical collections from other important Arizona figures such as J. J. Thornber, C. W. McClellan, and J. J. Stitt. 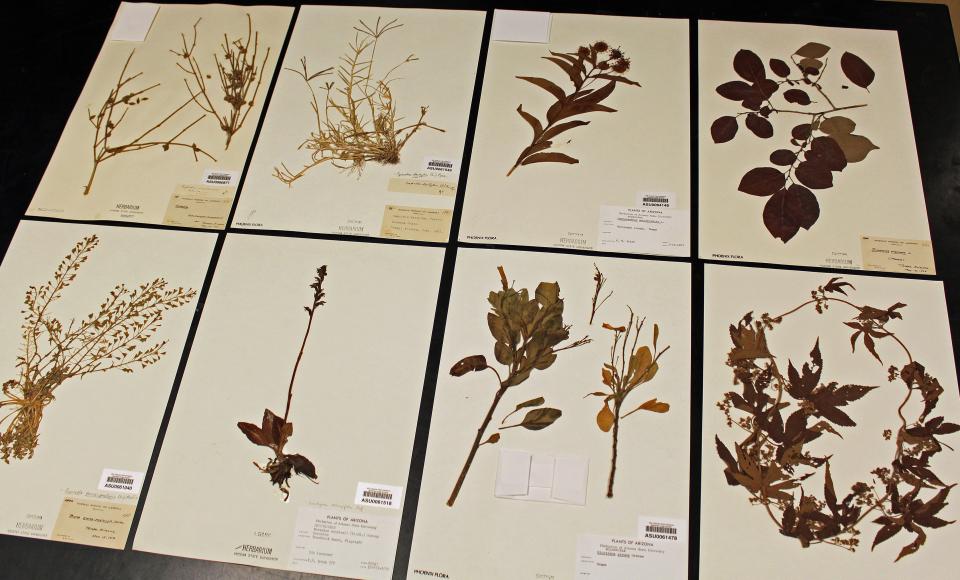 Some Fred Irish collections circa 1900 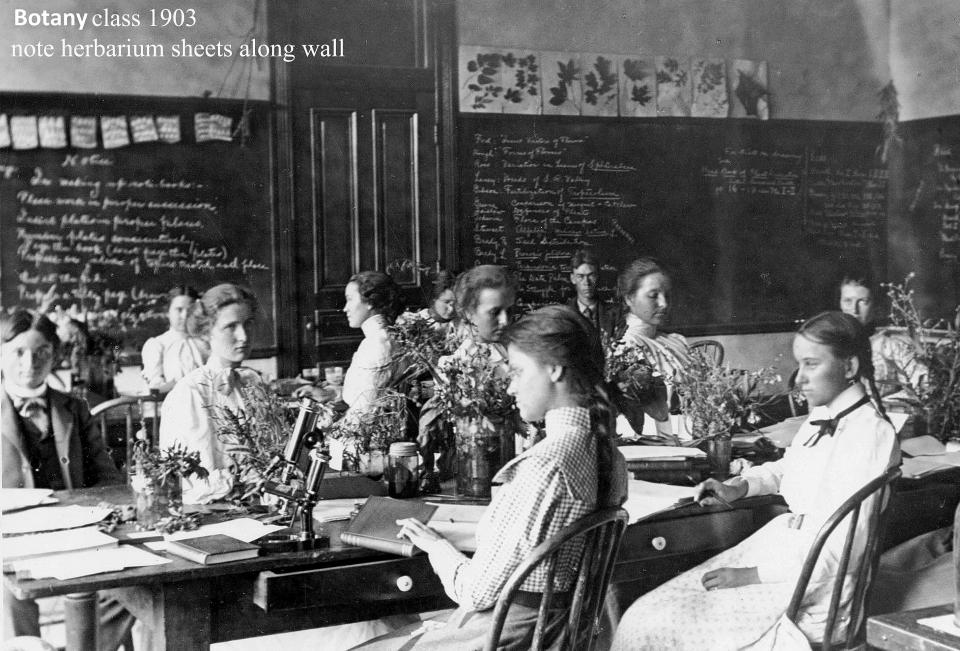 A Fred Irish Botany class in 1903 - studying the Arizona flora

Irish retired from teaching and moved into administration in the late 20’s and the collection of herbarium specimens was subsequently overseen by such faculty as John Gillespie (30’s), Martin Mortensen (30’s-40’s), James McCleary (40’s-early 60’s) and Norman Russell (early 60’s).  The collection grew modestly from the 30’s to the early 60’s with contributions from these botany professors and other ASU faculty in the life sciences.

In 1962 Elinor Lehto was hired as Curator and continued in this role until 1980. Dr. Donald Pinkava was brought on in 1964 as Director and it was during the Pinkava/Lehto era that the ASU Herbarium grew significantly in number of collections and importance. During Pinkava’s tenure as Director, the herbarium grew form a few thousand specimens to over 250,000 and an exceptional collection of Cactaceae and cytological vouchers was amassed.  When Lehto retired, Tom Daniel, a recent graduate from the University of Michigan, was hired as Curator.  Daniel continued the trend of exchange and growth and contributed important collection – especially from northern Mexico where he did floristic studies on the Acanthaceae.

Les Landrum then took over as Curator in 1988 bringing his expertise of the American Myrtaceae and contributing important material from South America- especially the economically important guava group (Psidium spp.)  The Landrum era is notable for several important contributions including the creation of Canotia, a journal for Arizona botany, and National Science Foundation grants to digitize the collection, now available on the SEINet portal.

Landrum retired in 2014 but remains very active in the herbarium.

5. A large collection of American Myrtaceae